Ontario PCs will Get More Workers into the Skilled Trades 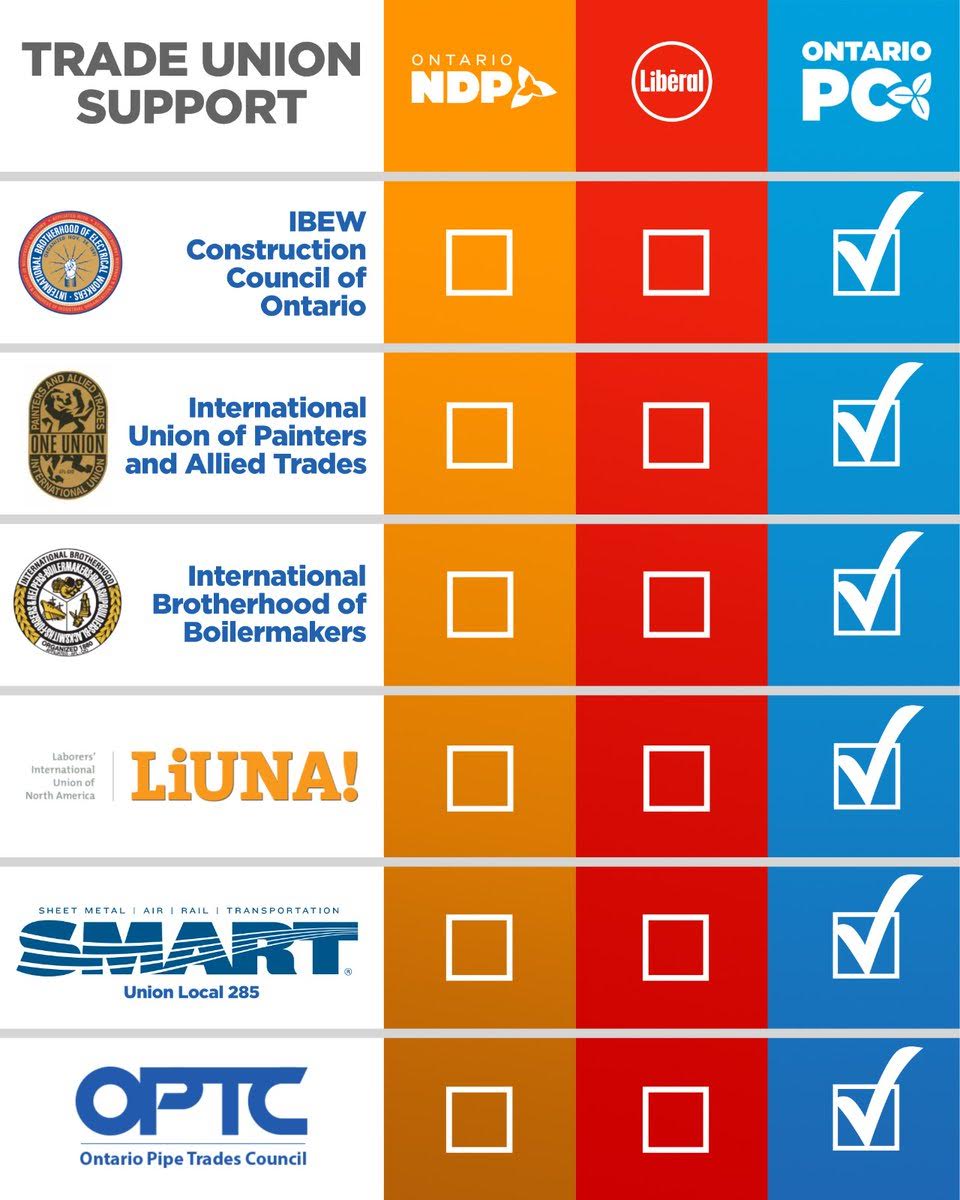 NIAGARA, May 20, 2022 – Today, Doug Ford announced that a re-elected PC government will invest $1 billion over the next three years to continue getting more workers into good jobs in the skilled trades. This is the largest investment in the skilled trades in Ontario’s history.

“As we build roads, highways and bridges and attract investments in clean steel and electric vehicles, the Ontario PCs will get more workers into the skilled trades to help build Ontario,” said Doug Ford. “The Del Duca-Wynne Liberals created a confusing system for Ontario’s 1.2 million skilled trades workers as they chased 300,000 good jobs out of the province. Andrea Horwath and the NDP have abandoned blue-collar workers in favour of ideological activists.”

Between 2013 and 2018, Ontario lost over 75,000 registered apprentices, representing an enormous economic decline second only to the 300,000 lost manufacturing jobs under the Del Duca-Wynne Liberals. Because of Doug Ford’s unprecedented support, more people are once again entering the skilled trades with the Ontario PCs securing endorsements from a growing number of unions that represent the hard-working women and men who are building Ontario, including:

●     The International Brotherhood of Boilermakers;

●     The International Brotherhood of Electrical Workers Construction Council of Ontario;

“After years of neglect under the Del Duca-Wynne Liberals and with Andrea Horwath and the NDP abandoning blue-collar workers, only the Ontario PCs will get more people into rewarding careers in the trades,” added Ford. “The Ontario PCs will get it done by helping hard-working women and men earn bigger paycheques with good jobs in the skilled trades.”

Doug Ford is the only leader with a real plan:

●     Rebuilding Ontario’s economy with good manufacturing jobs, more support for small business and a mining plan that will finally open up the Ring of Fire.

●     Working for workers by encouraging apprenticeships and opening up jobs in the skilled trades, allowing colleges to grant three-year degrees and increasing the minimum wage.

●     Building highways and infrastructure, including Highway 413, the Bradford Bypass while investing in the 401 East.

●     Keeping costs down by lowering gas taxes, getting rid of license plate stickers and removing unfair tolls on Highways 412 and 418.

●     Plan to stay open by hiring more nurses, doctors and personal support workers, allowing more seniors to stay in their own homes and producing more vaccines and critical supplies like PPE right here in Ontario.

Only Doug Ford will Get it Done.